After setting up the sd card with raspbian for booting a raspberry pi 3 the first time I want to be able to connect to it without hooking up a keyboard and a display. Enabling SSH I use a mac and after installing the image on the SD card I am left with the boot partion mounted on the system in the /Volumes directory. $ mount | grep boot /dev/disk2s1 on /Volumes/boot (msdos, local, nodev, nosuid, noowners) With the boot partion mounted in /Volume enabling ssh at boot for rasbian is done by creating an empty file named ssh there: [Read More]
raspberrypi  raspbian

spatialite find if point is in polygon

This as a quick and dirty (filthy) guide to creating a debian package for a pythin library stored in a git repository. I assume you have no gzip file to download and compile the which is what the standard package building tools expect. I used information here as a basis. Dependencies: python-stdeb devscripts In the root of your git repo run the following command to “debianize”. python setup.py --command-packages=stdeb. [Read More]
debian  package  python

Using the puppet provisioner with vagrant

I needed to setup a quick dev environment using debian wheezy with mongodb. Vagrant is my go to for testing things out with mucking up my laptop. The first step was go get a vagrant box with wheezy. Puppetlabs has a nice collection of boxes available. An easy to use puppet module for mongodb is available from the module forge. mkdir vagrant_mongo cd vagrant_mongo # Create Vagrantfile vagrant init debian-73-x64-virtualbox-puppet http://puppet-vagrant-boxes. [Read More]
puppet  vagrant

Setting up FTDI cable for Chirp and Yaesu VX-6

Chirp is free software to configure ham radios. I have an Ubuntu 12.04 install of linux that I wanted to run the software from. What I had to do to get linux to recognize the cable. I installed the daily snapshot (version 20140428~precise~1) of chirp. Directions for installing chirp software can be found here. However, the guide under manual method for getting the cable working did not work for me. [Read More]
ham radio  howto

The weather service office for Dallas/Ft Worth has a briefing for severe weather likely this weekend.

Some pictures and a video from my storm chase on april 13. 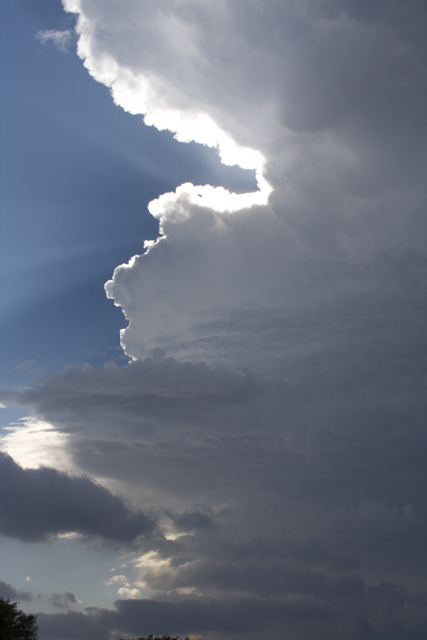 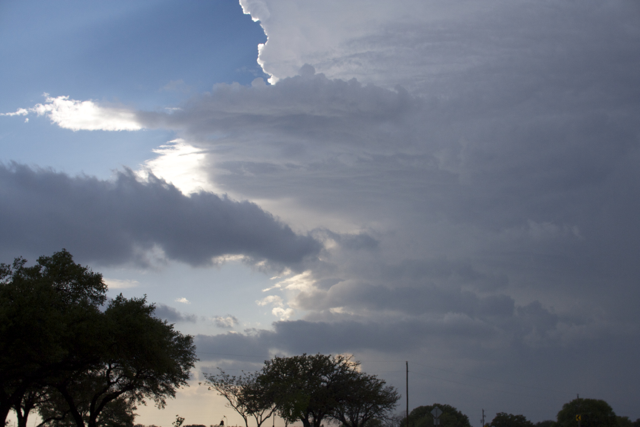 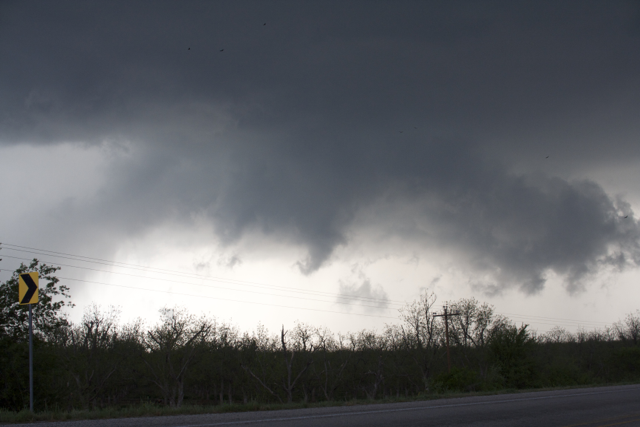 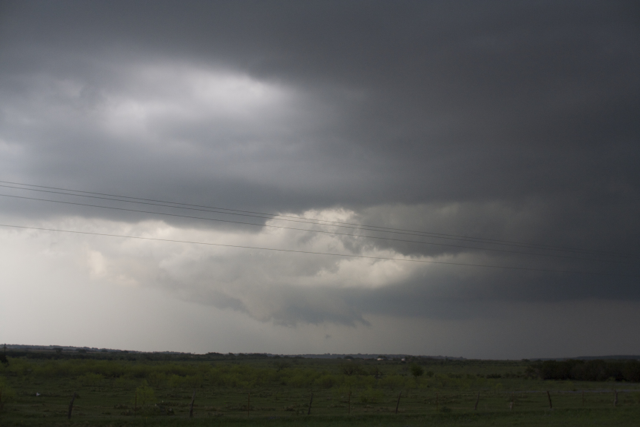 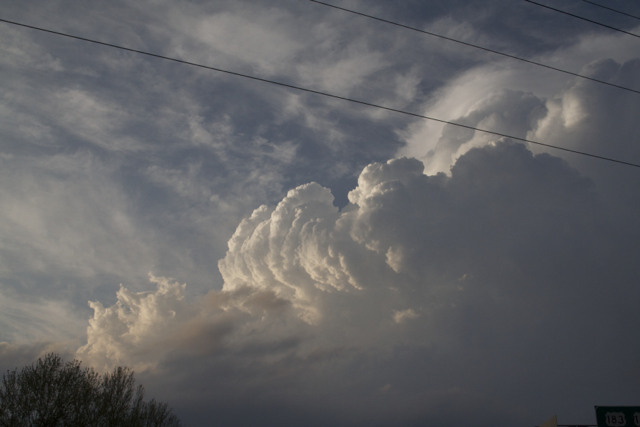 Clouds curling at top of storm 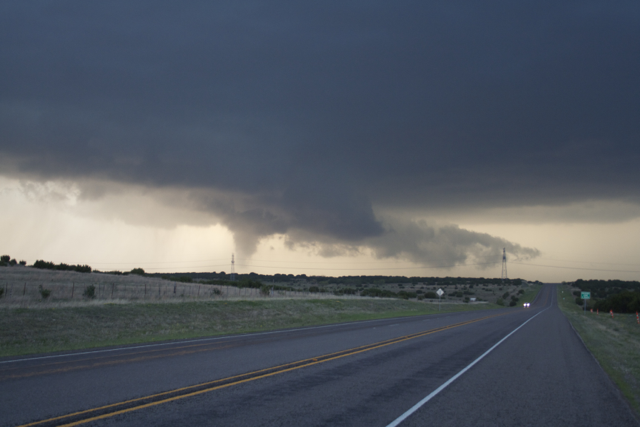 Funnel, maybe even a tornado 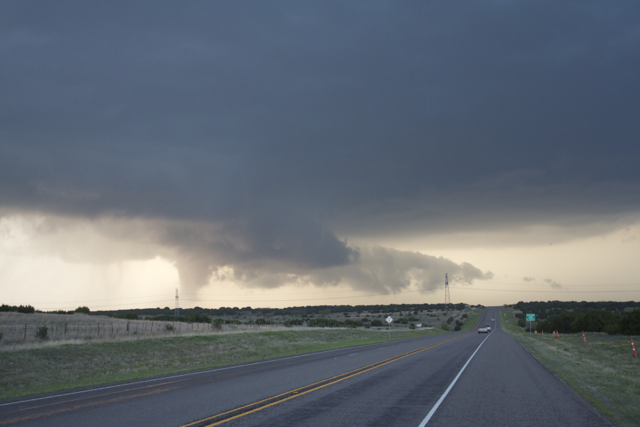 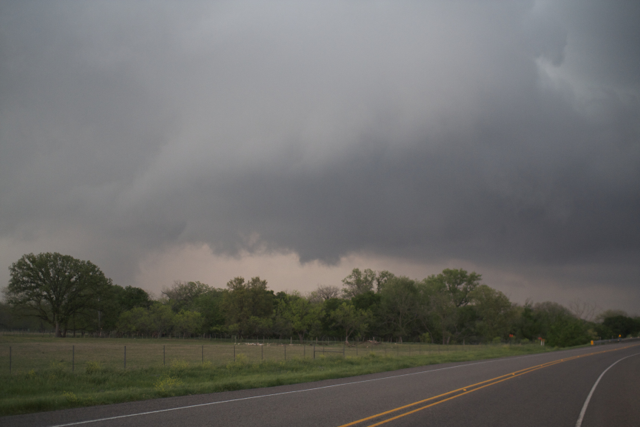 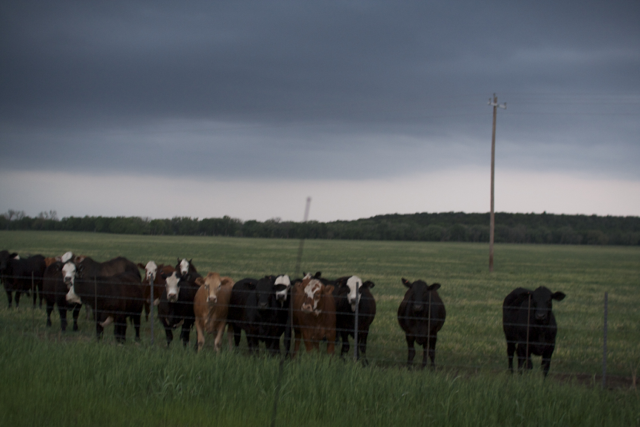 I want to make a map of the continental united states (CONUS) that contains the US border, state borders and major highways using data from OpenStreetMap. It can’t be that difficult, right? Getting OpenStreetMap Data The first order of business is getting the data. A quick google search led me to the Downloading data page on the OpenStreetMap wiki. A quick look through extracts that others provide did not seem to have what I wanted so I opted to download the entire planet. [Read More]
gis  mapping  openstreetmap  osm

A change in ansible version 1.3 to the gem module has gems installed to the users local cache. To install system wide use the user_install=no parameter.

Using ffmpeg to speed up video

I needed to speed up video and found this post. I also needed to remove the audio track which you can do with the -an option. The command ended up looking like: ffmpeg -i invideo.mp4 -vf "setpts=(1/&lt;multiplier>)" -an outvideo.mp4 I then wanted to trim some time off the video. This post was helpful and I ended up with ffmpeg -i invideo.mp4 -vcodec copy -acodec copy -ss 00:00:03.000 outvideo.mp4 I only needed to trim 3 seconds off the beginning. [Read More]
ffmpeg  video editing